Our website uses cookies so that we can provide a better service. Continue to use the site as normal if you're happy with this, or find out how to manage cookies.
X
You are here
> Environment
> Guidance Note 3: Wider Environmental Issues 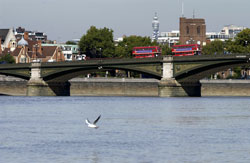 The PLA, as a public body, is a competent authority under two pieces of conservation legislation. The Conservation (Natural Habitats &c.) Regulations 1994 provide protection to conservation sites designated as Special Protection Area (SPA) or Special Area of Conservation (SAC) for their hosting of habitats or species of European importance (European sites). In addition, the Countryside and Rights of Way Act (CRoW) 2000 protects sites of national importance that are designated as Sites of Special Scientific Interest (SSSI). Under this legislation, the PLA is known as a S28G authority which means it has a duty to conserve and enhance SSSIs. Figure 1 indicates the location of European sites and SSSIs on and around the tidal Thames.

These two pieces of legislation set out specific legal processes with which applications for operations that are likely to have a significant adverse effect on, or damage, the site must comply. The processes involve statutory consultation with Natural England (the Government’s advisors on nature conservation) and can include set timescales (i.e. under the CRoW Act, Natural England are given 28 days to respond to consultation). Currently, the Department for Environment, Food and Rural Affairs (Defra) are working with the ports industry and Natural England to prepare guidance on the treatment of maintenance dredging under the Habitats Regulations, and formal advice is awaited. In any event, the PLA must consider whether a maintenance dredging operation, within or adjacent to a designated site, is likely to damage the site. Those intending to undertake maintenance dredging within or in the vicinity of such sites therefore need to be aware of both the possible programming implications (e.g. the statutory consultation time under the CRoW Act) and of the possible need to provide additional data to the PLA in support of a dredging licence application.

Usually, these Regulations apply to new projects (for example a capital dredging project would need to be ‘screened’ to determine whether there is a requirement for EIA), but they are also applied to alterations to existing projects. The Department for Transport (DfT) has advised that the EIA regulations are applicable to maintenance dredging applications.

For some maintenance dredging proposals, the PLA will need to decide whether an EIA is required by considering whether that maintenance dredging operation is likely to have a significant environmental effect by virtue of its location (environmentally sensitive), size, etc. Where it is determined that an EIA is necessary, the undertaking of the EIA and the preparation of the associated report (known as an Environmental Statement) is the responsibility of the applicant. Collecting the data and carrying out the investigations necessary to inform an EIA can be time consuming and, in some cases, expensive. If there is any uncertainty as to whether a particular maintenance dredging application might be subject to the EIA Regulations, early discussions with the PLA will be worthwhile.

Dredging works need to be compliant with the EU Water Framework Directive (WFD), which was transposed into Regulations in England and Wales in December 2003. The PLA will be able to advise on any requirements associated with the WFD. New dredge licence applications will need to provide evidence that a WFD Screening Assessment has been completed and carried out. Further information can be found under the ‘Clearing the Waters Guidance’ on the Environment Agency website. 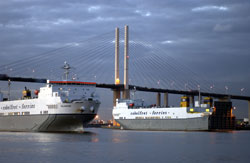 Overall, the PLA has a wide remit of environmental considerations. The PLA has therefore translated the issues into the topics set out in Table 1. This section describes the key environmental issues of which berth holders should be aware when planning their dredging campaigns. Each of these issues will need to be considered during the PLA’s application assessment process. However, the PLA will also give consideration to the cost-effectiveness and commercial affordability of any environmental requirements, although where statutorily designated sites are concerned, strict legislation applies. The PLA will continue to aim to strike a balance between environmental protection and a thriving port, in accordance with the theme of sustainable development. 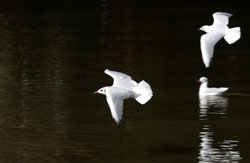 As indicated in Figure 1 above, the majority of the designated conservation sites in the Thames Estuary are located from approximately Gravesend downstream into the outer Estuary. There are two intertidal SSSIs upstream of Gravesend: one at Thurrock and the other at Rainham. The designations are primarily for overwintering birds and include the intertidal mudflat and sand habitats. These sites are at their most sensitive in the winter months and are intensively used by birds as feeding grounds. The Thames Estuary is also an integral part of the Eastern Atlantic Flyway, and is therefore important for birds on their spring and autumn migrations. The designated sites are, therefore, also sensitive to disturbance in the spring and autumn months. Further information on the sites can be obtained from Natural England’s website (opens in a new window).

Keys issues in respect of these designated sites include the following:

Impacts such as those listed above will require consideration under the conservation legislation described in the Legislative Context section of this guidance note.

In addition to the designated sites described above, the Thames is also designated as a Site of Importance for Nature Conservation. This is a national designation designed to ensure that the feature of the Thames as a wildlife corridor is considered during all applications for development. Licence applicants are encouraged to refer to the Tidal Thames Habitat Action Plan for information on sensitive habitats and species.

Mudflats are a priority habitat under the Government’s Biodiversity Action Plan and there is an objective of no net loss of mudflats. In the Thames Estuary, extensive mudflats can be found in the inner estuary between Southend and Mucking, while further upstream there are less extensive mudflats through much of the Thames. Mudflats provide two important environmental functions: the first as a feeding ground for birds and fish; and the second as a wildlife corridor for migratory and juvenile fish. All berth operators should avoid, where possible, any loss or disturbance to mudflats during dredging operations.

Any loss of such intertidal habitat would need to be mitigated or compensated for by the provision of additional habitat. In practice, this would more usually be relevant to new capital dredging operations or developments than to maintenance dredging.

Wherever dredging or associated works might have an impact on the sites, habitats and species described, early liaison with the PLA will help to determine whether there is an issue to address and, if so, the likely requirements in terms of data and/or time.

An assessment of sediment quality is a key part of the dredging licence assessment process. Licence applicants are required to collect and analyse samples prior to submitting their application. A detailed explanation of sampling and analysis requirements and how the PLA interprets this information is provided in Guidance Note 2.

In addition to the potential contamination issues, the PLA will also consider the effects of dredging operations on dissolved oxygen (DO) and suspended sediment levels. Marine organisms, for example fish, are known to be sensitive to changes in DO and reduced levels can cause fish kills. Research to date does not suggest a link between dredging and DO levels, but the potential for effect will be dependant on the amount of organic material in the dredged sediment. Applicants for dredging licences should consider if their dredge area is located close to a storm water overflow or sewage outfall.

For each application, an assessment of the effect of the dredging on coastal process is undertaken by the PLA’s River Engineer. However, there may be some instances where additional information (data, modelling, etc.) will be required to fully assess any effects of dredging on erosion, accretion, sediment transport or other aspects of the river regime. On such occasions, the PLA would request that the applicant supply the additional information. In practice, however, for many regular maintenance dredging operations, the effects on coastal process are generally understood and considered to be negligible.

The PLA will be able to advise whether or not such information is required.

The tidal Thames is very important for fisheries and contains 121 species of fish (TEP November 2003; EA, 2003). In particular, the Thames provides spawning and nursery grounds for a variety of fish including sole and bass. Species of conservation interest (e.g. twaite shad) have been observed in the Thames and an extensive salmon restocking programme has been attempted since the 1970s.

With the exception of salmon and the conservation species, there is no specific legislation to protect fish resources in England and Wales, but the PLA must consider effects on fish under the reference to conservation of fauna in part (a) of Section 48a of the Harbours Act 1964. The PLA is working with the Environment Agency (EA) and Kent and Essex Sea Fisheries Committee (KESFC) to identify any general measures that can be applied to minimise disturbance to fish at sensitive times. To date, the following principle has been applied to dredging projects on the Thames:

The area upstream of Tilbury provides nursery habitat for juvenile fish during the summer months. These fish are particularly sensitive to the combined effects of dredging, outfalls and development during the hot summer months of June to August when dissolved oxygen levels are at their lowest. Where possible and economically viable, dredging operations should be planned to avoid this period.

Further consideration is being given to the sensitivity of sole to dredging operations during the sole spawning period of March to May and nursery period of July to September/October.

While there is no scientific evidence to demonstrate the direct effects of dredging on fish at these sensitive times, the PLA is taking a precautionary approach in recognising the increased sensitivity during nursery and spawning periods. Adult fish are generally considered able to avoid dredgers and sediment plumes from dredging vessels, but juvenile fish and spawning adult fish may be less able to move away from a source of disturbance.

The outer Thames Estuary is a very important and productive shellfishery, with the cockle beds being the most extensive. The shellfish are generally found on the drying banks rather than in the subtidal channels. The PLA is responsible for undertaking maintenance dredging in the navigation channels and will continue to consider any effects from a dredging plume on adjacent shellfish beds, both in terms of smothering and redistribution of contaminants for potential uptake by the shellfish.