Our website uses cookies so that we can provide a better service. Continue to use the site as normal if you're happy with this, or find out how to manage cookies.
X
You are here
>PLA - a century of service

PLA - a century of service 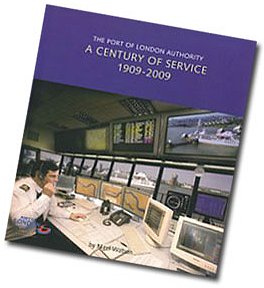 This book is a history of the PLA , specially commissioned to mark the organisation’s centenary on 2009. Written by Nigel Watson, the book is a short introduction to the institution that, after a century of service, still plays an important role in the prosperity of the country and its capital city.

The book covers the origins of the Authority, which brought order to a Port in chaos and remedied years of under investment. It outlines how the PLA helped to keep the Port operating during two world wars, thanks to the hard work, dedication and heroism of its employees. It tells the story of the challenges faced by the Authority during the years after 1945, as a revolution in world shipping led to the eventual closure of the upriver docks and the transformation of the docklands landscape.

The book also covers the development of the PLA since the privatisation in 1992 of the Port of Tilbury, the last of the docks it controlled, making the river the prime focus of its operations. It shows how the Authority, as guardian of the Thames, today remains an integral part of the life of the capital and the river that runs through it.

With insets covering specific aspects of the PLA's development, from the warehouses and railways it once operated to the work of its Harbour Masters and the exciting development of the London Gateway Port, the book is also richly illustrated, drawing on the wealth of historic photographs held by the Museum of London Docklands, complemented by some striking photographs from the Authority's collection of contemporary images.

The book is available for sale in our shop.