Our website uses cookies so that we can provide a better service. Continue to use the site as normal if you're happy with this, or find out how to manage cookies.
X
You are here
> Environment
> Grazing Marsh - Cliffe Marshes 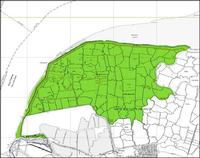 The PLA holds 475 hectares of land at Cliffe Marshes, historically retained due to a potential for port development purposes.  Much of this land is wet grassland managed as semi-natural grazing marsh for cattle, sheep and horses (on selected areas, grazed under rotation). Today, stakeholders are playing an increasingly important part in the ongoing management of the marsh.  The land is now given over to tenant farmers, who participate in the conservation of the land within the Natural England Higher Level Stewardship (HLS) scheme.

Click on image to view figure of Cliffe Marshes.

Important conservation work is undertaken as a result of the implementation of the ESA scheme, including grassland management, ditch maintenance, gate/wing fence replacement, and grazing management. Information received from DEFRA indicates that the scheme encourages breeding waders such as lapwing, redshank and a number of species of British owls occur in good numbers in the area.

The last condition assessment of the land (2009) by Natural England confirmed that the holding is in a predominantly favourable condition for breeding and overwintering bird habitat.

Regular checks were undertaken in regard to population by water vole with the last known survey conducted in 2010.  Given that this species is under threat, much effort is being given to maintaining habitat which will encourage water voles.

From the late nineteenth century, a proportion of the land at Lower Hope Point was used for munitions production.  Although this activity was shortlived, the site continues to show evidence of this in the presence of derelict buildings, drainage courses and spoil mounds. It does nevertheless support a wide range of the wildlife which makes the SSSI important. There is no public access to the site.