Our website uses cookies so that we can provide a better service. Continue to use the site as normal if you're happy with this, or find out how to manage cookies.
X
You are here
> Environment
> Found 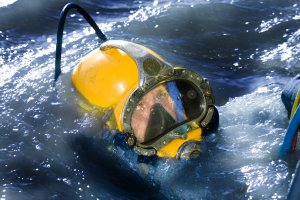 The PLA's divers recovered artefacts before the wreck was lifted

In the 16th century, a merchant ship sank to the bottom of the Thames where it lay undisturbed for 500 years. It was discovered by the Port of London Authority during investigations for the Princes Channel deepening, and it was clear from the outset that the find was something special.

The wreck was named 'The Gresham Ship' following the discovery of an emblem and initials relating to Elizabethan financier and founder of the Royal Exchange and Gresham College, Sir Thomas Gresham (c.1519–79), on one of the vessel's cannons from this typically well-armed merchant ship.

The find is significant on several levels:


The wreck became the authority's responsibility once salvage teams removed it from the shipping channel.  Recognising that the find was of great importance to Tudor historians, maritime archaeologists and to all interested in the history of the Port of London and The Thames, the PLA, along with Wessex Archaeology (WA), mounted a rescue operation. Subsequently, to ensure that the Gresham Ship receives the attention it deserves, the PLA has launched a £44,000, five-year Gresham Ship Research Project, in collaboration with: