Our website uses cookies so that we can provide a better service. Continue to use the site as normal if you're happy with this, or find out how to manage cookies.
X
You are here
>About the PLA's Executive Committee

About the PLA's Executive Committee

The purpose of the executive committee is to oversee the safe and effective operation of all parts of the Port of London Authority. It will deliver the strategy and business plans agreed with the PLA Board of Directors and ensure the organisation works within agreed budgets. It will also provide a focus and mechanism for managing the day to day business of the authority.

Prior to joining the PLA, Robin had 20 years’ experience in the UK Government civil service working on transport, environment, infrastructure and overseas development.  He was private secretary to the Deputy Prime Minister from 1997-1998 and later to the Secretary of State for Transport from 2001-2003.  In 2007, he became a director in Defra where he led the Government’s Adapting to Climate Change programme, oversaw the creation of the Canal & River Trust and directed policy on farming and the environment.

Robin is a member of the CBI’s London Council and, since 2012, a trustee of the United Nations Environment Programme World Conservation Monitoring Centre, a Cambridge based charity.  He is a trustee of Thames 21 and a director of Estuary Services Ltd 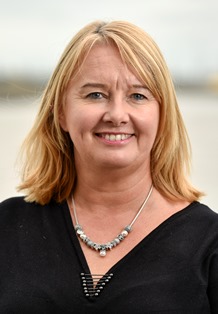 Julie Tankard, chief financial officer was appointed in October 2017. Julie is a fellow of the Chartered Institute of Management Accountants and has over 25 years of experience in finance, primarily in IT and telecommunications.

He is responsible for all operational and navigational matters including vessel traffic management, pilotage, harbour services and port security.  Bob joined the PLA from Forth Ports, where he was chief harbour master and a director of Forth Estuary Towage from 2001. Bob’s seagoing career lasted from 1975 to 1991, before he came ashore to work at the Port of Tilbury, latterly as general manager, conventional operations and harbour master.

Bob chairs the UKMPG/BPA Marine Pilot Working Group, is the UK’s representative on the Marine Affairs Committee of the European Sea Ports organisation (ESPO) and is a past president of the UK Harbour Masters Association. He holds an MBA from Henley Management College.

James Trimmer was appointed the Director of Planning and Environment in September 2013.

James joined the PLA in 1999, initially as the Planning Officer. Before this, he spent ten years working within both the public and private sectors, ultimately advising a number of ports and terminal operators throughout the UK on strategic planning matters. In addition to land-use planning and partnership issues, he is responsible for the PLA’s statutory duties in relation to the licensing of river works and dredging and the wider environment. Prior to his recent retirement from the post, he was a director and the longest serving trustee of the Thames Estuary Partnership.

Glenn Witham was appointed Director of Human Resources in 2002 after joining the PLA in 2000 as Assistant Head of Personnel and Development. He is responsible for managing the Authority’s employment, health and safety, business continuity, and training programmes.

Glenn has nearly 30 years experience in employee relations and has worked in both the private and public sectors. He previously held senior HR positions with Tarmac, Westminster City Council, Southend Hospital, and the London Borough of Hackney. Glenn is a Fellow of the Chartered Institute of Personnel and Development.

Peter joined the PLA in 1989 as a duty officer at the Thames Barrier Navigation Centre after 17 years at sea, having served onboard vessels as varied as general cargo and bulk carriers on deep sea routes, inshore survey vessels, dive support craft, and tugs in the North Sea oil fields. He later moved to the Salvage Team and was appointed marine services manager, overseeing the PLA's diving, salvage, and oil spill clearance operations, in 1996.

Alistair Gale joined the PLA as Director of Corporate Affairs in August 2006.

He has worked in communications and community relations for over 15 years and has a background in the shipping and ports industry, having worked for the Japan Ship Centre and Associated British Ports Holdings in the mid 1990s. In 1997 he joined the UK’s largest cement maker, Blue Circle Cement, and set up the in-house communications operation. The parent company, Blue Circle Industries, was taken over by French building materials group, Lafarge in 2001. Alistair remained with the organisation as PR & Communications Manager for Lafarge’s UK cement operations until leaving to join the PLA.