Our website uses cookies so that we can provide a better service. Continue to use the site as normal if you're happy with this, or find out how to manage cookies.
X
You are here
> Media
> News Releases
> International Harbour Masters heading for London

London is set to welcome harbour masters from around the world later this month, when the International Harbour Masters’ Association (IHMA) holds its biennial Congress in the city.

The Port of London Authority (PLA) is the host sponsor for the Congress which is set to run at the Royal Lancaster Hotel from Monday, 25 June to Wednesday, 27 June. London is one of the UK’s major ports, offering regular sea connections to more than 80 countries around the globe. The PLA oversees safe navigation over 400 square miles of water, the largest Vessel Traffic Services area in the UK.

More than 200 delegates will attend the three-day event, with harbour masters arriving from Australia to Rotterdam, Canada to South Africa. The Congress has the theme: Ports: Essential for Safe, Efficient and Secure Global Trade. In their sessions the harbour masters will be discussing matters including: planning & infrastructure; climate & environment; port operations; vessel traffic services and pilotage.

PLA chief harbour master, Bob Baker, said: “Every year we oversee the safe movement of more than 10,000 large commercial ships on the Thames, which is also the busiest inland waterway in the UK for passengers and freight. That gives you a feel for the scale of port operations needed to sustain a capital city of more than eight million people and its surrounding region with food, fuel, clothes and other essentials. We’re looking forward to showing our international colleagues the complex waterway we look after – with three rivers in one serving trade, travel, sport, recreation and much more besides.” 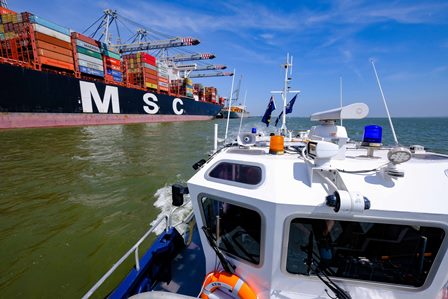 The three day Congress will be followed on Thursday, 28 June with a river trip from Tower Pier, through the city and out to the heart of commercial port operations, including the Port of Tilbury and DP World’s London Gateway Port.

The IHMA is the professional body for those with responsibility for the safe, secure, efficient and environmentally sound conduct of marine operations in port waters. With members in more than 50 countries, the Association brings together harbour masters and all those who hold a managerial position in aspects of the control of marine operations within a port.

Kevin Richardson, president of the IHMA, said: “We are delighted that the 2018 IHMA Congress, our eleventh, will be held in the international maritime centre of London. This is the ‘must attend’ event of 2018 for all those with a responsibility for port and marine operations and the industry that supports them.”


• The Port of London Authority works to ensure navigational safety along the tidal Thames, sharing its marine, environmental, planning and other expertise to promote use of the river and safeguard its unique marine environment. For more, visit: http://www.pla.co.uk/

• The tidal Thames is one of the UK’s busiest waterways and is home to the country’s second biggest port by tonnage of goods handled.